Image analysis facility is equipped with 6 Workstations, with several analysis software installed. Some can be freely downloaded : 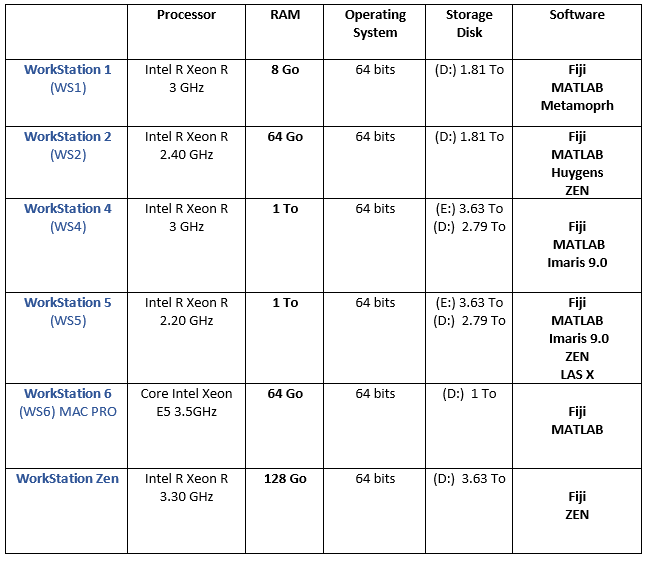